The South snapped a four-match victory streak by the North with a 12.5-11.5 victory. The matches are now tied overall, 6-6 with one tie in 2012 when the North retained the cup.

To find out how to qualify, reach out to your association.

The Cobb-Whalen Cup was named in honor of Clyde Cobb and John Whalen. Cobb was a longtime president of the Southern Nevada Golf Association and one of the original inductees into the association’s Hall of Fame, which is now known as the Las Vegas Golf Hall of Fame. Cobb died in October 2000. It is net competition.

John Whalen was a former—and first–Executive Director of the Northern Nevada Golf Association and held the position for many years. Whalen died in December 1998.

Many close to the Southern Nevada Golf Association recall fondly the gentlemanly ways of Clyde Cobb, and credit him as being one of the most influential leaders of the SNGA as it was being formed in the early years. Cobb served both the Southern Nevada area and the overall state in his leadership capacities. He also served a trustee for the Pacific Coast Golf Association. His biggest influence on golf in Southern Nevada might have been spearheading the implementation of the United States Golf Association’s GHIN Handicap System that is still in place at many area courses, and is the main system used for various tournaments.

He was born July 5, 1918, in Quincy, Ill. He was an Air Force veteran who served during World War II and the Korean War, and he was a retired administrator for the Clark County School District who lived in the Las Vegas area for a 40 years. “When I started to play golf in Las Vegas in the late 60’s and early 70’s, Clyde was golf in Las Vegas,” said Stuart Reid, who was inducted with Cobb into the original class of what was then called the Nevada Golf Hall of Fame.

“He was a master of getting things done whether he did them himself or got others to do it for him. For example, I complained to him about the tournaments and he invited me to join the association and see what I could do, so I did. He was the reason I got involved with the SNGA. Clyde was my mentor for many years.”

John Whalen served as the executive director of the Northern Nevada Golf Association from 1972-1998, when passed away. Whalen’s wife, Pam, then took over the operations. John Whalen was the organization’s first leader. He received recognition for his quality service, including having a junior golf scholarship named in his honor along with Francis Haase plus other accolades throughout the years.

The Haase-Whalen Cup matches are also played in Northern Nevada, and celebrated the 21st playing of the matches in February of 2016. 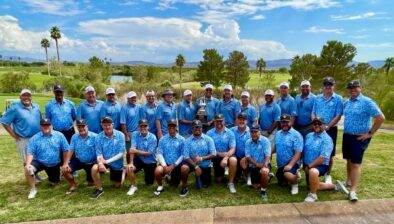 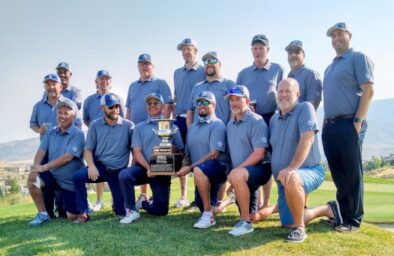 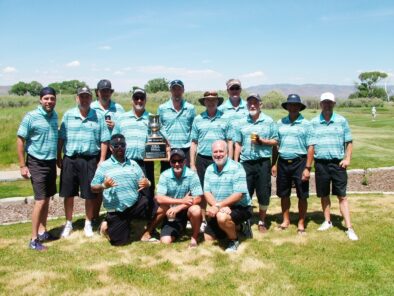