In 2022, the Nevada State Match play is scheduled for July 24-27 at the beautful Toiyabe Golf Club.

The 2019 Nevada State Match Play allowed golfers to experience one of the state’s newest and most prestigious layouts, The Summit in Las Vegas. The event featured 32 of the state’s best amateurs. Craig Erickson defeated Alex Jordan 3 & 2.

There’s just something special about a match play tournament. It is one on one. Golfer vs. golfer.

Two players, looking each other in the eye and staring down each other hole after hole in hopes of winning one of the state’s most prestigious championships, the Nevada State Match Play tournament.

Other notable champions are Las Vegas Golf Hall of Fame members Brady Exber and Doug Pool in addition to UNLV golfers Zane Thomas and AJ McInerney. Also, Southern Nevada golfer Matt Edwards is a two-time champion of the tournament as is Carlos Concha, former member of the University of Nevada Wolfpack golf team. 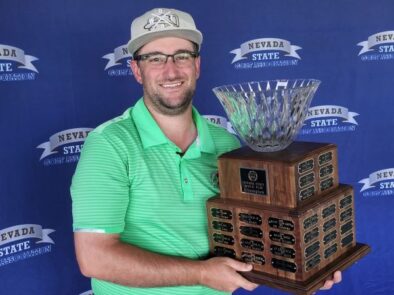 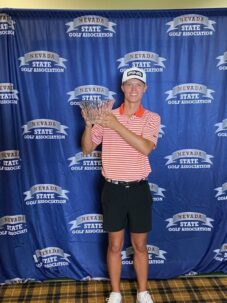 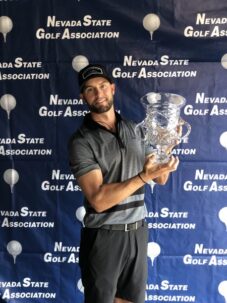 It was a knock-down-drag-out finale in the 2020 Nevada State Match Play tournament held at Genoa Lakes Golf Resort on Aug. 22-25, 2020. In the end, Tyson Lund beat Kenny Ebalo in 38 holes to win the championship. It was … Read More