The Southern Nevada Golf Association won the Oliver Cup, played in 2021 19-5 at the CasaBlanca in Mesquite. The overall record is 7-2-1 in favor of the SNGA. The 2023 event will be held in Northern Nevada. 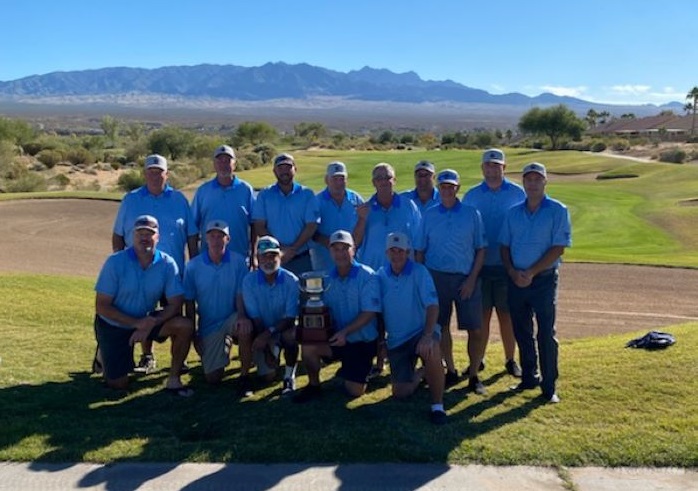 These special team matches for senior players were created to honor Lou Oliver, a prolific volunteer for golf in the state of Nevada and the Southern Nevada Golf Association (SNGA). Oliver was a past SNGA Volunteer of the Year (multiple times) and worked tirelessly to honor and promote the game of golf. He was also honored with distinguished service awards during his time as a volunteer.

In 1997, Oliver was part of a group of volunteers recognized by the board of directors and staff of the SNGA. One of the years he was named volunteer of the year was in 2002.

“The SNGA Board of Directors selected Larry McGovern Director of the Year while the President’s Award was given to Jack Rosebush, Ernie Haupt and Jim Alexander. Distinguished Service Awards were given by president Stu Reid to Lou Oliver, Jerry Clark, Haupt, Alexander, John Tanza, Ron Stebbens, Sue May, Jack Rosebush and Charlie Floyd. Were it were not for the unselfishness and caring of the aforementioned folks, golf in our city would not be what it is today.”

Truer words were never written or spoken, especially when it came to Lou Oliver. Sue May, one of the most recognized rules officials in the state of Nevada and and winner of the prestigious USGA Ike Grainger Award in 2016, remembered working with Oliver as a pleasure and he embodied everything positive about the game of golf and volunteering.

“Lou was a dedicated Rules Official for more than 25 years,” said May. “He had the respect of the players as well as his peers. He was known as a soft spoken gentleman who always had time to give back to the game of golf. Players felt they could always approach Lou and get a fair break. He was on the Nevada State Board, the SNGA Board and was known to never miss a meeting even when he was so sick he couldn’t come out on course to work.”

Jeff English made a 2-footer in the final match to close out the win for the SNGA. The shot of the tournament went to Frank Abbott in the final singles match. Abbott closed with 3 straight birdies to win 1-up over Jeff McCoy, highlighted by a 30-yard hole out for birdie on the Par 3, 17th Hole. 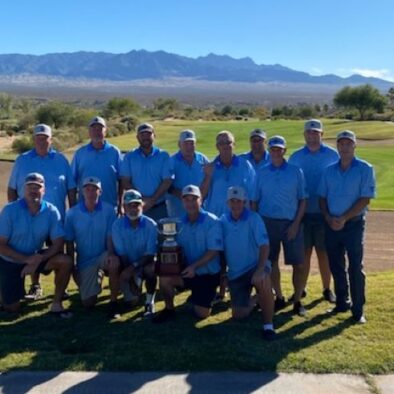 Playing in the Oliver Cup is an honor for Silver and Senior golfers from the Southern Nevada and Northern Nevada golf assocations. The South team breezed to a 19-5 victory in the 2021 Oliver Cup over the North squad. The … Read More 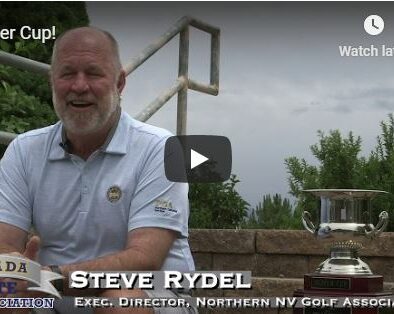 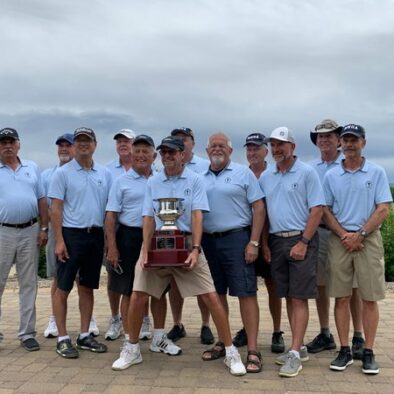