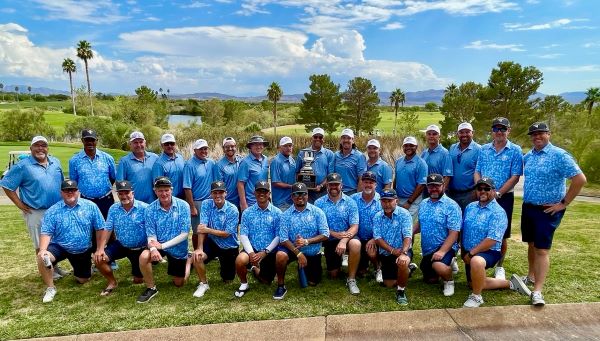 LAS VEGAS, Nev.–The South team rode an early two-point edge to a 12½-11½ victory in the 2022 Cobb-Whalen tournament, a bi-annual event, which was held Sept 26-27, 2022, at Boulder Creek Golf Club. The North had won the previous four North-South matchups. –By Bill Bowman, www.LasVegasGolfInsider.com

The Cobb Whalen Cup, featuring 12 North players against 12 South players in Ryder Cup style play, is held every two years. The event is named after Clyde Cobb and John Whalen, two men who were instrumental in growing golf in Nevada. Cobb, who passed away in 2000, was a longtime president of the Southern Nevada Golf Association and is an original member of the Las Vegas Golf Hall of Fame. Whalen, who died in 1998, was the original executive director of the Northern Nevada Golf Association.

In this year’s event, the South won the opening session, which was a four-ball format, 4-2 as they won the final three matches to open up the lead.

The teams then each had two victories and two ties for a 3-3 tie in the afternoon matches, leaving the South with a 7-5 edge.

That set the stage for the final day, the 12 singles matchups. While the North won the session 6½-5½, the South held on to win the Cup by a point. The matches are now all square at six wins per team with one tie in 2012 when the North retained the Cup.

“I’m very happy for the guys,” said Tim Brand, South captain. “Some of them have been on the team for a few losing Cups so it’s nice to see them get a win.”

Brand said the key was the home-course edge.

“The last time we hosted the event we held it at Rio Secco,” he said. “It was a great venue but not a lot of the guys knew the course that well.”

“A lot of our guys know each other and play a lot of golf together,” he said. “And we probably play more golf there than anywhere else so we chose Boulder Creek for that reason. I feel like it was a great advantage for us. Especially the 18th hole which may be the toughest on the course.”

And facing a tough North team, Brand said the edge was crucial.

“We had a great team meeting last week to talk about pairings and strategy,” he said. “The team from the NNGA doesn’t change very much and they are all really good players. They keep the ball in play and we knew it was going to be tough.”

Despite having the lead heading into the final day of singles play, Brand saw trouble early.

“It was looking grim for us in the scoring in the early going in singles,” he said. “But we had matches flip and that was good for us. It always comes down to the singles matches and for the last three or four times, the North has won the singles. Today, they won the singles but we hung in and played well enough to win. We were down early and just had guys looking at the leaderboard and thinking that I might be the deciding match and I have to play a little better.”

A 10-foot putt by Greg Pyszko wound up clinching the cup for the South. Pyszko and Jeff Gilliame each went 3-0 for the South team.

“Had Greg not made that putt it would have wound up 12-12 and the North would have taken the Cup back home with them.”

Now, it’s time to savor the win and start thinking about heading back north in two years.

“To get our name back on the trophy is great,” Brand said. “Both squads had great teams. Every single one of those guys on both teams are the nicest guys…win or lose. Our guys really enjoy getting the chance to play golf with those guys.”

For the North team it was a case of coming up just short in playing catchup.

Workman said the two days were filled with strong play.

“There was a lot of great golf played these two days,” he said. “One guy on their team (Aaron Bartels) was four-under-par on the back nine (through just eight holes when the match ended) and that’s pretty impressive golf. There were a lot of great putts made by both teams. We had one guy, John Tovar, go 3-0 for the two days. It’s hard to go 3-0 and not see the team win.”

In the end, Workman said it was simple: “Our guys played great golf,” he said. “Their guys just played a little better.” 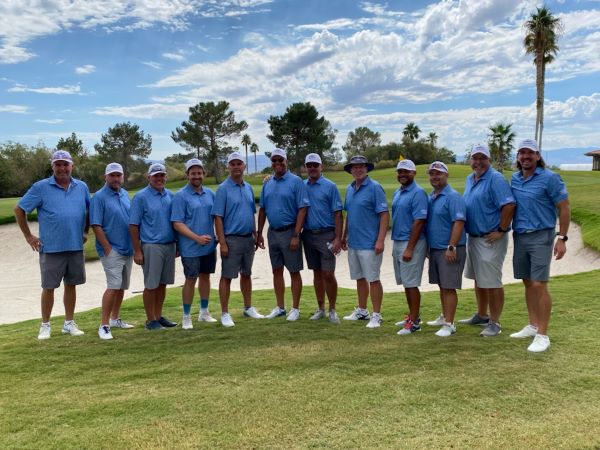