In 2001, the Nevada State Women’s Golf Association board of directors was seeking ways to increase participation. A new tournament was needed, and it seemed that the majority of ladies wanted a team event to fulfill the goal. The Nevada State Women’s Quad was created and first played in 2002. Over the years, many of the state’s best players have won the tournament as part of powerhouse teams, while players of all levels have enjoyed the net portion of the tournament. –By Brian Hurlburt, Las Vegas Golf Insider.

In 2022, Tracey Blake, My Paulsen, Laura Smith and Christina Brandt won the gross title, which was played May 10-11, 2022, at Las Vegas National GC. The team of Tiffini Phu, Juliet Hebert, Christine Soscia and Julie Hahn were the net champs

The 2021 event was played at Dayton Valley in Northern Nevada.

The 2021 gross champions were from Northern Nevada (home course is Dayton Valley):

The 2021 Net champs from Southern Nevada were:

“I always feel that the team play is intense competition, even though some think playing on a team is easier,” says Las Vegas Golf Hall of Famer Brenda Knott, a member of one of those powerhouse teams mentioned in the intro. “I remember watching the group in front of us on the second day one year tearing up the course. There was lots of high-fiving and celebrating.  Laurie Johnson and I looked at each other on the 13th hole and said, ‘we need to step it up.’ We pulled out a win by one stroke, thank goodness.”

According to Sherry Jackson, a NSWGA committee member and Women’s SNGA tournament director, the team of Knott, Doe Emes, Johnson and Rita Byorick won the tournament five-straight times during one colossal stretch, a feat unmatched in Quad history.

The tournament has been held each year since 2002 and at courses such as Red Hawk, Plumas Pines, Rhodes Ranch, Dragonridge, Somersett, Primm Valley. It has become a very popular event with average participation between 80 and 100 women each year. Other top players who have won gross titles as parts of teams include Christina Brandt, Laura Smith, Diane Booth, Rae Ann Kicker, Christina Monteiro, Lynn Greer, Debbie Schwoyer, Janice Campbell and Karen Hoppe, among others 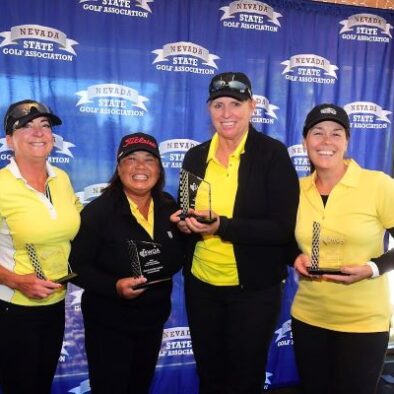 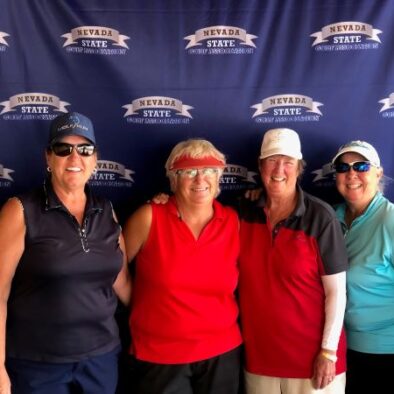 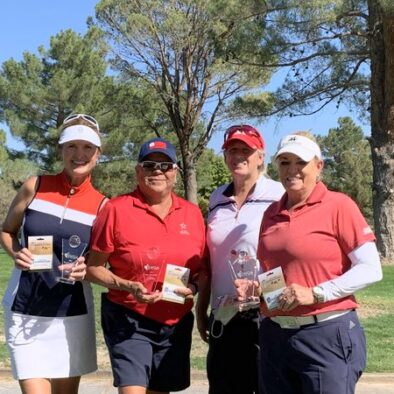