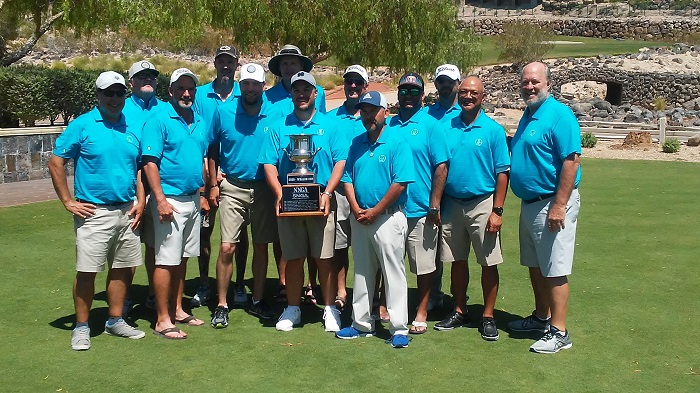 LAS VEGAS, Nev. (July 1, 2018)–The North kept control of the Cobb Whalen Cup, beating the South 15-9 in winning the tournament for the third straight year. The South leads 6-4-1 in the event that started back in 1999. The 2018 tournament, held June 30-July 1, was played at Rio Secco Golf Club in Henderson, Nev. –By Bill Bowman, Las Vegas Golf Insider staff.

The Cobb Whalen Cup is held every two years. The event is named after Clyde Cobb and John Whalen, two men who were instrumental in growing golf around Nevada. Cobb, who passed away in 2000, was a longtime president of the Southern Nevada Golf Association and is an original member of the Las Vegas Golf Hall of Fame while Whalen, who died in 1998, was the original executive director of the Northern Nevada Golf Association. ALL SCORING.

In the 2018 event, the South won two of the first three matches in the opening four-ball session before the North put up three straight victories in the final matches to close out a 4-2 session edge.

The second session of the day, with an alternate shot format, saw each side win two matches and two matches were halved for a 3-3 score leaving the North with a 7-5 edge heading into the singles matches on Sunday.

That’s where the North took control of the battle, winning 7 of the 12 matches and they also added in two halves for 8 total points in the singles. The South won three matches in the singles finale and along with the two halves, wound up with four points on the day.

“It was a great event,” said Steve Rydel, who captained the North team. “I’m very happy with this team. They played their hearts out to make the team and played very well down here.”

Rydel said it was a couple of newcomers that helped spark the team. “We had two guys who are brand new,” he said of John Tovar and Evan Shane. “They aren’t used to this type of competition and we kind of threw them to the wolves. John won his match and Evan got a half (in the singles) and that was a turning point for us.”

“I told the guys that you don’t win this thing in the first two rounds but you can lose it,” Rydel added. “If you end up with a big deficit after the first two rounds, you’re going to be in trouble. We definitely had an advantage leading 7-5 going into the singles knowing we needed to have just 5½ points to win. It definitely put us in the driver’s seat.”

Experience was also a key. “We’ve just got a great group of guys who are really dedicated,” said Jason Buckholz, one of five players to have taken part in the North’s three straight victories. “We just wanted to come down and play hard until it’s over. The South really gave us a great run at it.” 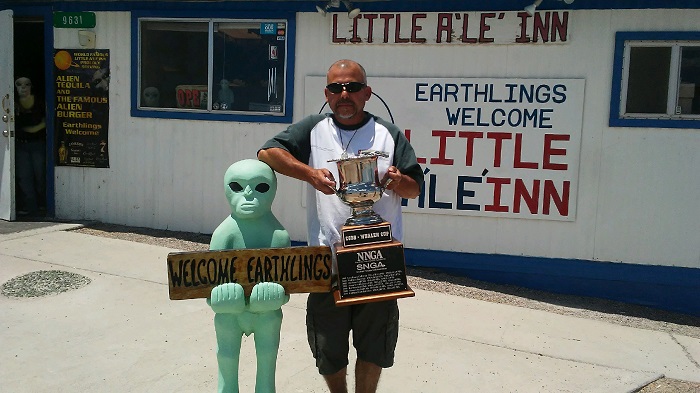 For the South team, it wasn’t a case of playing badly at all.

“Our guys played great,” said Tim Brand, captain of the South team. “It wasn’t a case of anybody losing it or playing badly. “The North has a super solid team and they just beat us fair and square.”

Brand saw the first-day scores as the key. “We fell behind 4-2 after the morning session,” he said. “We thought that if we could go 3-3 in the alternate shot we would be OK being down just two points going into the singles.”

But the singles matches on Sunday told a different story.

“Once you’re behind in match play, the pressure is on you,” Brand said. “We were hoping to get off to a hot start but once we saw a lot of blue on the scoreboard at the turn we knew we had our work cut out for us. They were just a little too strong for us.”