The historic Nevada State Mid-Amateur annually features some of the top amateurs in Nevada who are over the age of 25, testing their games against each other at some of the top golf courses in the state. To qualify, players must meet the age criteria by the opening day of the tournament. As with other state championships, the location of the event rotates between the north and south each year.

In 2021, Josh Goldstein won the event, which was played at Genoa Lakes.

In 2020, Southern Nevada Golf Association president Kenny Ebalo, a former SNGA player of the year, was victorious. Craig Erickson was runner-up, 7 shots back.

The mid-amateur format was created by the United States Golf Association in 1981 when the national event was first played at Bellerive Country Club near St. Louis and was won by Jim Holtgrieve. Las Vegas resident Kevin Marsh won the national event in 2005.

“It has been a thrill to compete at the state level and win a major title in four different decades,” says Nelson. “Plus playing at the state level has been an honor because I have watched some of the young kids come up through the ranks. I was fortunate to play against Robert Gamez when he was 17-years old and some of the other guys who went on to play college golf and professionally. I just love to play against the best and it has been a thrill of a lifetime to play all over the state on some of best courses in addition to some courses that aren’t around anymore like the old Dunes in Las Vegas.” 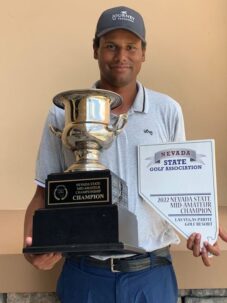 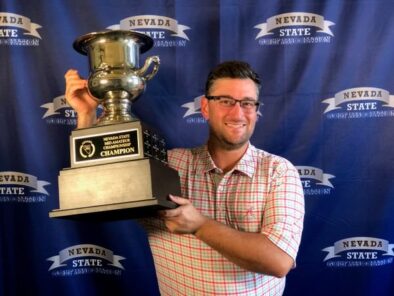 Las Vegas’ Josh Goldstein made it two straight Nevada amateur golf titles, winning the 2021 Nevada State Mid-Amateur by one stroke. It was Goldstein’s second state amateur title in the last three weeks–and the second of his career. He also … Read More 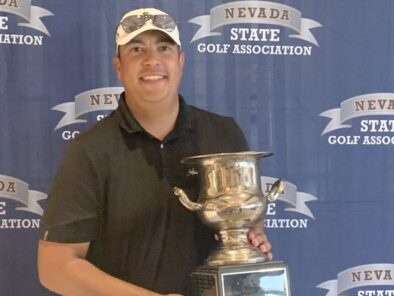 Ebalo Makes His Mark On, Off Course with Impressive Mid Am Victory