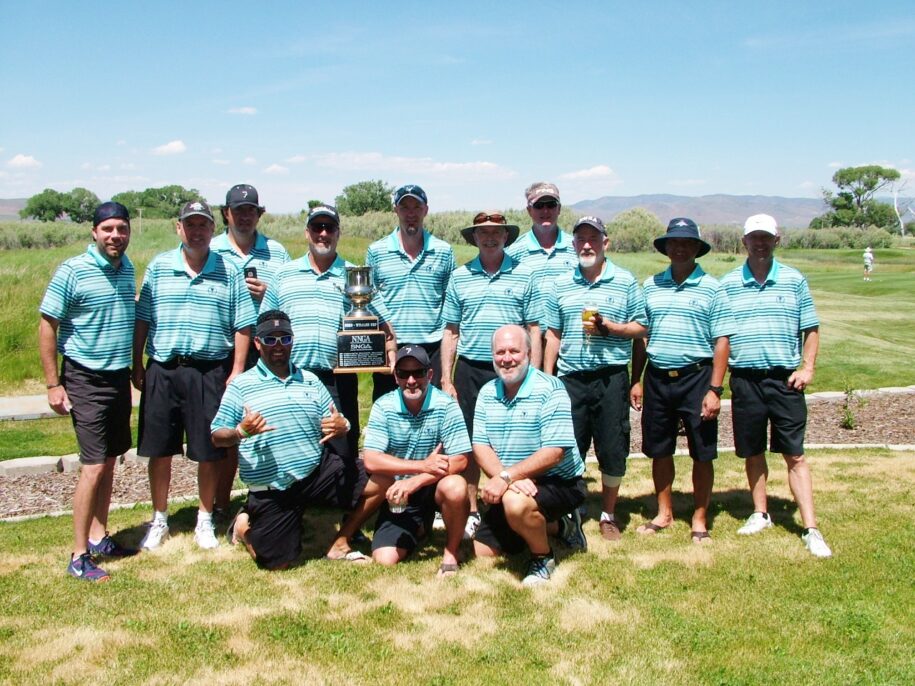 GENOA, Nev. (June 13, 2016)–It all came down to the final two matches. The 2016 Cobb-Whalen Cup, held June 5-7, 2016, at Genoa Lakes Golf Club, saw teams representing the Southern Nevada Golf Association and the Northern Nevada Golf Association go head-to-head for bragging rights. The event was tied 11-11 with two matches still on the 18th hole but Northern Nevada won both of those matches to post a 13-11 victory.–By Bill Bowman

The SNGA team came out firing the first day, winning the best ball matches 4 ½-1 ½ points in the morning. The NNGA squad battled back, winning the afternoon modified alternate shot matches, 4-2. That left the SNGA squad ahead 6 ½-5 ½ heading into the final day’s singles matches.

Northern Nevada jumped into the lead in the 12-match finale by winning the first four matches in singles. The next three matches were halved before the SNGA squad won three straight matches to rally back for an 11-11 tie. Northern Nevada then won the final two matches to retain the cup, winning 13-11. (ghintpp.com/nnga/TPPOnlineScoring/ResultsMatch.aspx?ID=250)

“It probably couldn’t have gotten any tighter,” said Tanner Brown, SNGA Director of Competitions and the team captain. “We were up early on day one and then they came back. In the singles, they jumped out to a good lead but then we came back.”

Then came the last two matches. “They could have gone either way,” Brown said. “I talked to those last groups and told them we were more than likely going to need their full points. We had a chance.”

Steve Rydel, Executive Director of the Northern Nevada Golf Association, said it was a definite nail-biter. “It was quite a match,” Rydel said. “It was all even with the last two matches on 18. Larry Jepson made a putt on the 18th hole to win his match (over SNGA’s Joe Benson) and then Larry Wall made about a 25-footer to win his match (over SNGA’s Gary McCollum) for us to retain the Cup. It was a great day for Northern Nevada.”

men who were cornerstones in the Nevada golf world. Clyde Cobb, longtime president of the Southern Nevada Golf Association, and John Whalen, the first Executive Director of the Northern Nevada Golf Association, both gave back to the sport with years of dedication and hard work to make sure amateur golf not only survived, but thrived. Cobb died in 2000 (and is one of the original members in the Las Vegas Golf Hall of Fame) while Whalen died in 1998.

The SNGA now holds a 6-3-1 edge in the semiannual event (held in Ryder Cup years), but Northern Nevada has won two straight. The 2018 event will be held in Southern Nevada.

“We’re excited to have it back in Southern Nevada,” said Rydel. “We are looking forward to it.”