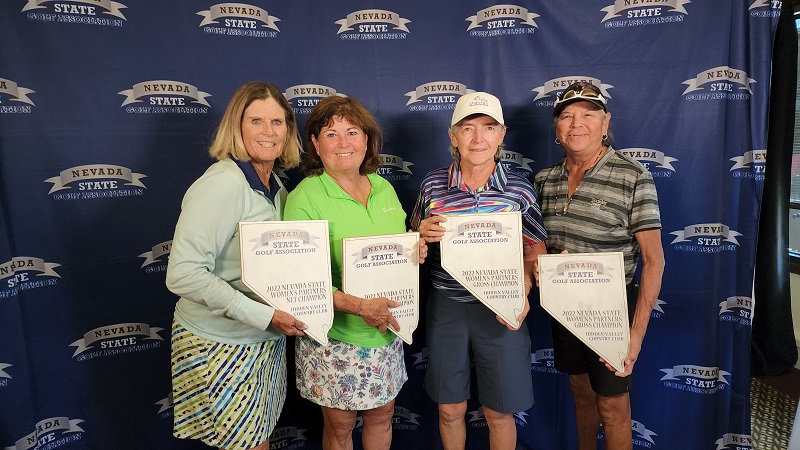 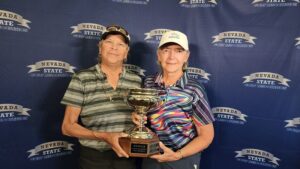 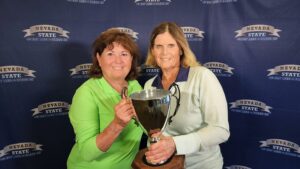 “We were tied with another team so we knew we had to go low today to have a chance of claiming this beautiful trophy,” Maxwell said. “I just wanted to play steady and I hit my irons really well into the greens today and putted pretty well. And Regina was right in there with me every hole and we just battled for pars and birdies.”

It was much closer in the net division as Elliot and Walker won by two strokes over Barbara Finley and Nancy Quigley.

Elliot and Walker, from the Northern Nevada Golf Association, finished at net 7-under par with consistent rounds of 69 and 68.

“We play a lot together and I think that’s what it takes,” Elliott said. “The trick here was to know the greens and my putting was out of sight. I just played in another tournament up at Arrow Creek and my putting was struggling. So here it was key and I holed a lot of putts.”