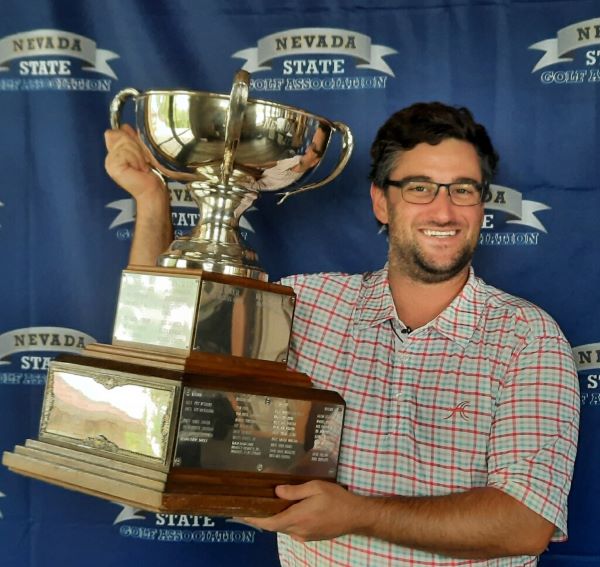 Goldstein finished at 12-under par and added to his list of amateur golf accomplishments. Earlier in 2021, Goldstein won the local US Open qualifier and is a former major champion on the SNGA Tour.

The only thing in Nevada hotter than the weather in the last few days was Josh Goldstein.

Goldstein put together sizzling rounds of 67, 65 and 69 to cruise to the five-shot victory.

“It was just a very, very good week,” Goldstein said. “The putter just really started working. I had a four-putt the first day and vowed that wouldn’t happen again and it didn’t. I made a lot of 15-footers the rest of the tournament.”

He added the second round was one he won’t soon forget.

“It was as solid a round as I’ve played in a while,” he said of his 65. “I didn’t have a bogey until 18 when I lipped out a par putt. It just felt really good. I didn’t know how others would play and then found out I had a five-shot lead heading into the last round.”

Goldstein said the goal this week was to, simply, enjoy the week.

“I honestly just went out and tried to have fun,” he said. “I’ve put too much pressure on myself in the past. This week I was on vacation away from Vegas and I got to play in a tournament. That’s a pretty good week.”

Overall, he’s excited about where his game is at right now.

“I proved to myself I can go out and play well and win a big tournament,” he said. “I’ll carry that confidence with me for the rest of the summer.”