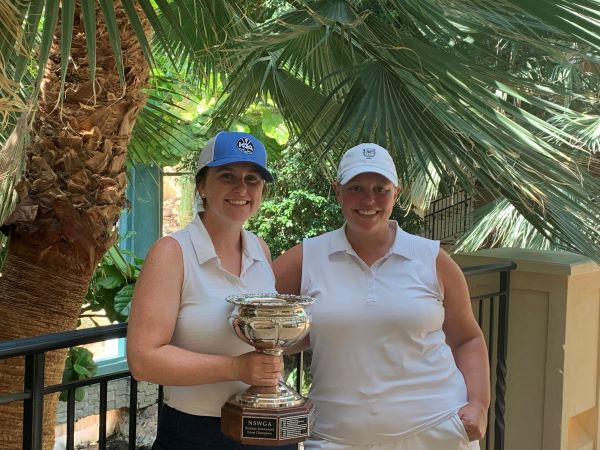 Renee Rocco and Kim Braaten from the WSNGA teamed up to win the gross title in a playoff at the 2021 Nevada State Women’s Partners Championship held July 8-9, 2021, at Cascata. Karen and Jill Beglin, a sister team from Northern Nevada, lost in the playoff but wound up as the net division champions. –by Bill Bowman, Las Vegas Golf Insider staff

The event was a four-ball, stroke-play tournament using each team’s best score on each hole.

The playoff ended on the second extra hole when Rocco made a birdie from eight feet. 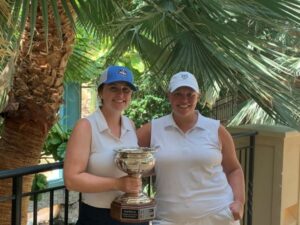 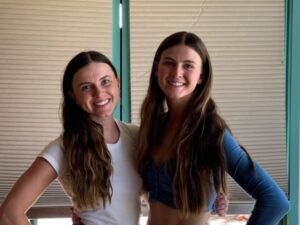 The team of Rocco and Braaten had a great first day, leading after a five-under-par 67. The second day, they played steady but found themselves in a deep hole.

“We were five down with five to play,” Rocco said. “We weren’t playing bad, they were just playing a little better.”

There was still plenty of hope with the Rocco-Braaten duo.

“We just looked at each other and said anything can happen,” Rocco added. “You have to think that if you have a good hole and the other team has a bad hole, you can be right back in it.”

“We made a par and they struggled on a hole,” Rocco said. “Then we went birdie-birdie to tie. It’s never over until it’s over.”

Braaten added that despite the deficit, they never threw in the towel.

“Renee and I were positive and encouraging,” she said. “I don’t think either of us looked at each other and said ‘we’re done.’ ”

Overall, the duo was excited with the win…and going extra holes added to that excitement.

“It was the first playoff in both of our careers,” Braaten said. “It was really thrilling. We both just said ‘here we go’ because this is what you practice for.”

The Beglin sisters won the Net Division over the duo of Theresa Prospero and Lynn King in a scorecard playoff.

The sisters’ two-under-par total on the second day let them catch the Prospero-King team which wound up even-par for the day.