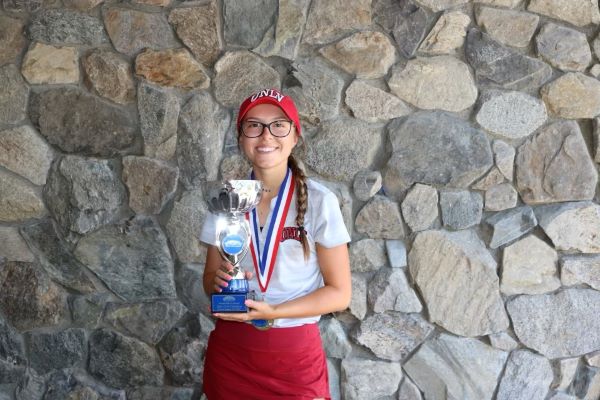 William Moser birdied five holes in an eight-hole stretch to rally for a two-shot victory in the Boys 15-18 Division.

Moser, who has accepted a scholarship to California Lutheran University and plans to play on the golf team, was three-shots off the pace after the first round. He also had a triple bogey on his second hole during the final round but then went seven-under-par over his final 12 holes to win.

“Those five birdies on the back nine really got me going,” said Moser, who graduated from Nevada State High School and played for Coronado High School.

Despite trailing heading into the final round, his confidence was still up.

“I knew they would change the layout of the course and knew anything could happen,” he said. “I just tried to focus on shot selection and tried not to think where I was.”

But then the birdies started falling.

“Once I made a few birdies, I thought there might be a chance to win.”

He added his goal every time out is a simple one.

“I definitely try to go out and beat the course instead of trying to beat the other players,” he said. “And today I won my battle with the course.”

He won’t have much time to savor the victory.

“This one is big for my confidence,” he said. “I haven’t won many tournaments in the past especially with this caliber of players. And it came at a good time because my next tournament is a U.S. Amateur qualifier at Bear’s Best in a couple of weeks.” 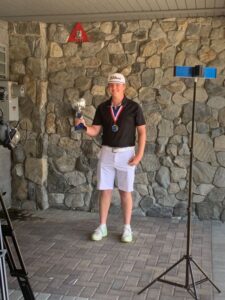 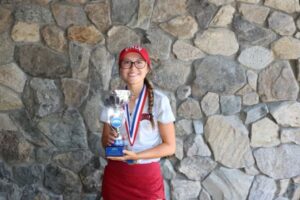 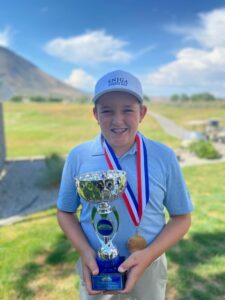 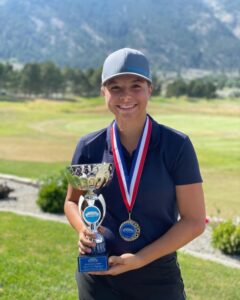 McKenzi Hall had a reversal of fortunes in winning the Girls 15-18 Division.

Hall opened the two-day event with a four bogey, one birdie round and was two strokes off the pace. But she turned it around the second day with a four birdie, one bogey round to post a six-stroke victory.

“I really like where my game is at,” said the Delta Academy graduate. “I only had one bogey the second round and really kept my round together.”

Hall, who will be playing for UNLV this fall, is excited for the chance to shine for the Lady Rebels.

“It’s going to be tough,” she said. “There are a lot of really good girls on the team and also in the class coming in. It’s going to be challenging to qualify but I’m excited for the chance.”

But before that she’s got a July full of events on tap including the U.S. Girls Junior Am, the Girls Junior PGA and a Future Champions event.

Drake Harvey rode a roller-coaster two days to a six-shot victory in the Boys 13-14 Division.

Harvey had nine birdies over the two days but two double bogeys and four bogeys left him with a one-under total for the two days.

He was, like the two rounds, up and down about his play.

“I just tried to focus on every shot,” said the Somerset Sky Pointe eighth grader. “I knew if I stayed focused I could post a pretty good number.”

He did just that and is now chasing another SNJGA and SNGA legend…his dad, Billy Harvey.

Billy Harvey is a past Nevada and Utah amateur champion and now Drake has won the Utah (three weeks ago) and Nevada Junior Amateur titles.

“I worked extra hard,” he said. “Dad won the Utah and Nevada titles and I wanted to do the same as him.”

He said the victory was nice but realizes he still has work to do on his game.

“I’d like to hit my irons a little straighter,” he said. “That will give me more chances at birdies. I did putt and chip pretty well and got it up and down for par a few times.”

He added he’s anxious for his next few events.

“This will definitely boost my confidence going into my next couple of tournaments,” he said of his schedule that includes two high-profile national junior tournaments.

Nya Palmer turned things around overnight and rallied for a three-shot victory in the Girls 13-14 Division.

Palmer carded a nine-over par opening round but rebounded with a two-under par effort on Day 2 to post the victory.

She admitted the second day was a much more enjoyable round.

“I definitely came into the second round with a better mindset,” Palmer said. “I was much more positive with my play.”

Palmer, who will be a freshman at Southwest Technical Academy this fall and play for Sierra Vista High School, said shaking off the first round was a boost for her confidence.

“It was intimidating being one of the youngest players here,” she said. “But now that I’ve crossed this barrier and shown myself the hard work pays off, I’m excited. I really tried to push through after the first round and stay positive.”

But she isn’t going to take anything for granted.

“I definitely know I can score better,” she said. “I did miss four birdie putts on the rounds.”

She also has a game-plan for improving her game.

“Right now I feel like the thing I need to work on most is my irons and having more accuracy with them,” she said.