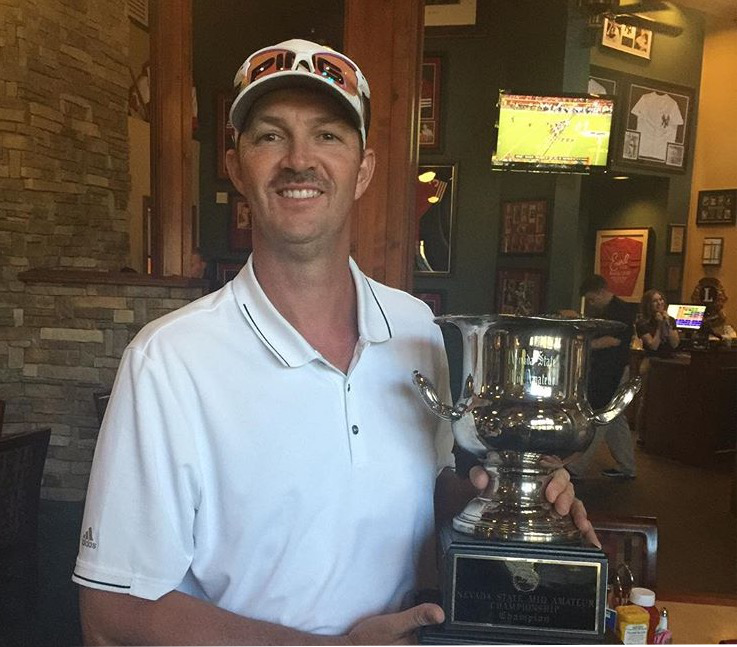 Edward Fryatt is some kind of amateur golfer, and he has been racking up tournament titles and other honors ever since regaining his amateur status after his professional golf career. Fryatt added the Nevada State Mid-Amateur championship to his resume with an impressive win over fellow Las Vegas Golf Hall of Famer Brady Exber and a quality field of players.

The tournament was played at Red Hawk in Northern Nevada in September, and the victory pretty much wrapped up 2015 Southern Nevada Golf Association Player of the Year status for Fryatt, who won four times international before giving up the game entirely for about a decade.

Fryatt, a former UNLV Golf All-American, has found a new love of golf following several years away from the sport following his PGA TOUR and international professional career. Fryatt has been one of the top amateurs recently, and also had a storied amateur career prior to turning professional. He has won several major amateurs in Southern Nevada and on the state level, and now plays solely for the love of the game.