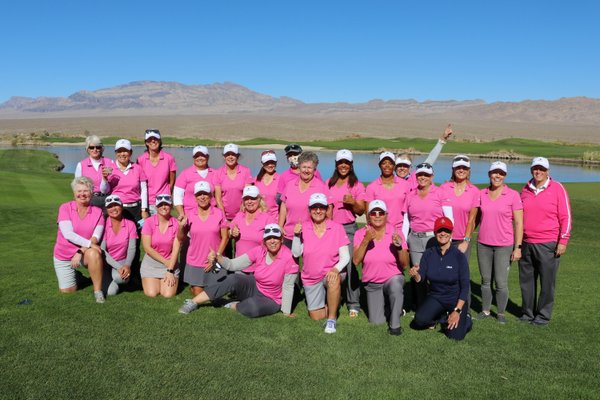 LAS VEGAS, NV (Oct. 29, 2020)–The 20-woman team representing the Southern Nevada Golf Association got back in the winner’s circle in a big way in the 2020 Silver Cup, racing to a 21½-12½ victory over the Northern squad. The event was held Oct. 27-29, 2020, at the Sun Mountain Course at the Las Vegas Paiute Golf Resort. –by Bill Bowman, Las Vegas Golf Insider staff.

The South’s win came after the North won 26-14 in 2019 when the tournament was held at Genoa Lakes in Reno.

In 2020, it was a different story. The north had won four of the last five titles but now it’s the South with an edge having won two of the last three.

The South won the first day’s foursome matches 6½-3½ and followed that up with a 5½-4½ victory in the four-ball matchups. That gave the South a commanding 12-8 lead heading into Thursday’s singles matches.

The South team won the first five singles matches and cruised to the victory. After the South got to the magic-number of 21 to clinch the title the rest of the matches were taken off the course and no other points were added in.

South co-captains Robbin Sanchez and Laura Smith, who both also played in the event, came up with a game plan they thought would work. It did.

Sanchez said it was vital the South open strong in the first day’s foursome matches and they did just that, winning by three points.

“We played really well that first day even with the wind howling,” Sanchez said. “But that was just step one. We needed step two and then step three to keep it going and we did that.”

Sanchez added the South definitely had an edge, especially the first two days.

“It was brutal Tuesday and Wednesday,” she said. “And course knowledge really helped us out and gave us a definite edge. About half the team plays out here pretty regularly and the wind didn’t affect them at all.”

“We won that first day and that was huge,” she said. “And then we kept the throttle down, dug in and kept it going.”

Smith added the singles portion on Thursday looked to be a struggle–at least early on.

“When I looked, (the North) was up in five or six matches and we were only up in four,” she said. “But by the time I got to No. 12 the first five matches were in hand. Those were huge for us.”

Cheryl Burke, the North captain, said her squad played solid golf but ran up against a tough South squad.

“It was a definite challenge for us,” Burke said. “Not knowing the course was tough and having a practice round in the cold and wind really doesn’t give you a good idea of how you’re going to do.”

But Burke said her squad never gave up.

“We gave them a pretty good competition, especially today (in singles),” Burke said. “A lot of our girls are new and we’ll use this as a learning experience.”

Burke added the North is already looking ahead to next year.

“We will be happy to have everyone up here from the south next year. We just hope they don’t play as well as they did this year,” she said with a laugh. 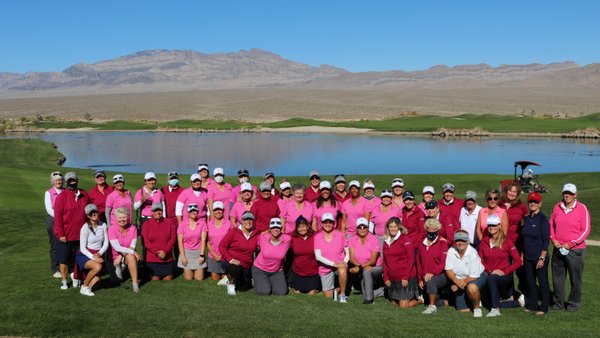